It’s been five days since my last post; let’s assume I was busy. The drive north paralleled the Missouri River through Missouri into Iowa and then the eastern part of South Dakota. It wasn’t a bad drive just a long day. Had to change my destination when the first RV park I had in mind was full. I got the last space on my next try. Who knew Sioux Falls would be that busy. The took me on a round about path to get to the park, that didn’t work. So I went to the phone application to get back on track. Nice people at the Red Barn RV park in Sioux Falls but only stayed a couple of nights. Then headed west across the South Dakota.

Interesting thing about South Dakota, crossed the state line and the Interstate speed limit jumped to 80 mph. I still felt like 70 plus or minus a little was a comfortable and safe speed for the RV. With the cruise control I can maintain that speed pretty well. You get used to people going past you swiftly. There were several stretches of highway under going repair or replacement, so for 10 to 16 miles we would be reduced to a single lane of traffic. At least once lost the divided traffic concept; sharing the two lanes with the oncoming traffic.

All told it was about 320 miles from Sioux Falls to the Heartland RV park, 30 minutes south of Rapid City. Took advantage of rest stops and a scenic overlook to break the drive up. I was also entertained by the “Wall Drug” signs that seemed mark each mile of the drive west. In fact I think there was at least one back in Iowa. The scenic overlook was a view of the prairie with a few flowers. But I wasn’t the only one who stopped; must have been two or three other cars when I stopped. 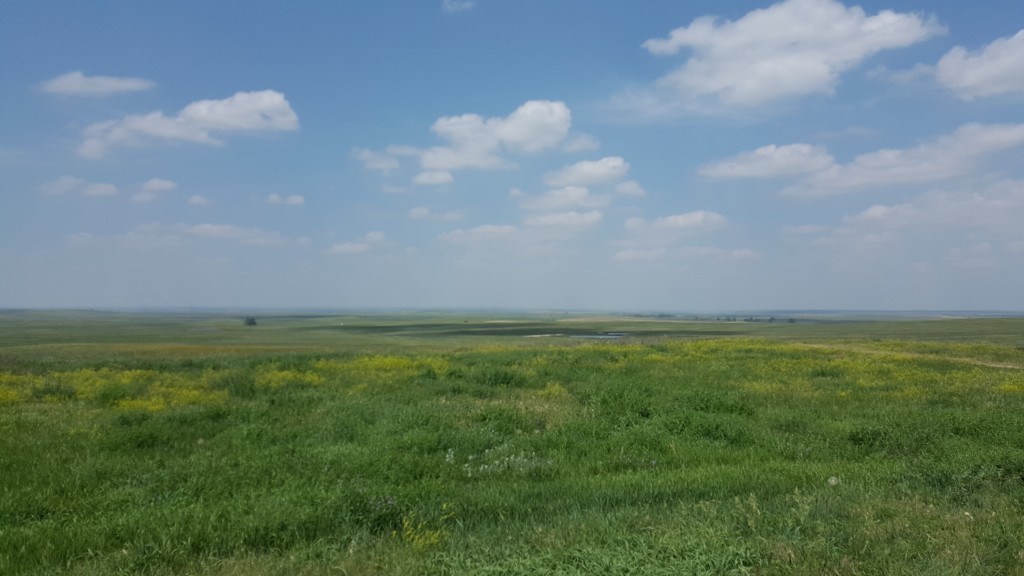 Along I-90 crossing South Dakota

Found some less expensive fuel as I got into Rapid City, turned out to be at the exit I needed. Then I headed south to the RV part in the general direction of Mount Rushmore and other attractions of western South Dakota. After getting settled in to my assigned space, I went for a drive to see what was around. Found the nice little town of Hermosa just up the road. 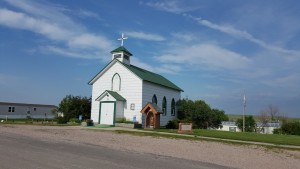 This will be home for the next week. More in the next posts.

Software and web site developer. A professional-Amateur Photographer and lighthouse enthusiast. Gwinnett Gladiator fan! Volunteer and supporter of Clifton Sanctuary Ministries. --- "What you do speaks so loud that I cannot hear what you say." -- Ralph Waldo Emerson